A lot of folks have heard me say “I’ve been poor and that’s why I understand clients who have no money and their needs.”  My twin sister, Cindy Daniel has been poor too.  When I say poor I mean dead broke.  Broke enough to sell our furniture and sit on the floor to buy food. A video giving more insight on my journey is posted here Why I Created Texas Twins Events, Texas Twins Treasures & The Pawning Planners- Wendy Wortham & Cindy Daniel Explain.

Some folks have never been that “down and out” because they had family and friends to throw EM a lifeline.  We didn’t.  We only had each other when both of our husbands (15 years older than us) were out of work.  I spent 3 years with my husband struggling to keep our home from foreclosure.  During this window, I was living in fear of being homeless and selling whatever we could find to pay the mortgage.  After my husband found work, we sold our home and yes, I was glad to be out from under the taxes and high payments and constant fear of being without a home.  I know true sacrifice and so does my sister because we’ve managed to stay afloat during trying times while raising her grandchildren without any benefit of child support from their father.

Cindy’s husband was laid off from Albertsons after 23 years as a truck driver and his journey to find a job afterwards was so difficult that he took a job at KBR as a fuel tank driver.  Steve Daniel Camp Anaconda- It wasn’t an easy decision to leave home and be surrounded by smoke pits, contaminated water and much worse- roadside bombs.  Steve Daniel was a driver in the Good Friday Massacre and watched his fellow drivers die while trying to maneuver his fuel tanker and surviving drivers to safety at the Bagdad Airport for 2 weeks until it was safe to return to Camp Anaconda.  Caught In The Crossfire- The Good Friday Roadside Bombing- Steve Daniel continued to work under these horrific conditions because he knew “back home there was no work.”  Steve Daniel spent nearly 8 years under daily mortar attacks to “save the farm.”  He was allowed to return home twice a year and always cried at the helplessness of his situation of not having a choice in order to pay the bills.  What is sacrifice?  Sacrifice is living in fear daily of being blown up in order to earn a living.  Prior to Iraq, Steve had only cried one time prior to taking the job in Iraq at his mother’s funeral.  Recently, after cut wages and hours, Steve Daniel needed new glasses for his job at Frachtec and I bought them.  Steve Daniel again, cried at the many times (even when my husband and I were struggling) that we cut back in order to help my sister and her family.

Today, I drove Steve to his orientation at Ryder in Carollton, Texas and was so proud that he would be able to not only return to driving (out of the line of fire and out of the laborious work at Frachtec going further into the hole every month with 1/2 of the earnings he made when he took the job after returning from Iraq.  Desperation to pay the bills took a painful turn for the Daniel Family as my husband and I did whatever we could to help them financially.

Cindy Daniel has been raising her twin grand daughters, Maryssa and Makenna for nearly 12 years without the benefit of child support.  During the desperate times Steve was unemployed and later, in Iraq.

I remember when Steve called home using a reporters phone while under fire in Iraq with bombs going off everywhere.  Cindy begged him to come home before he got killed delivering fuel.  He couldn’t out of fear of poverty.  Many times my sister would cry since she was hopeless trying to raise the twins and be supportive of the situation.

I remember going to the laundry mat with Cindy because she had to sell her washer and dryer because she needed the money.

Yes, we have struggled and yes, we have endured because we had no one to reach out to for help and we had children and grandchildren relying on us to feed and clothe them. 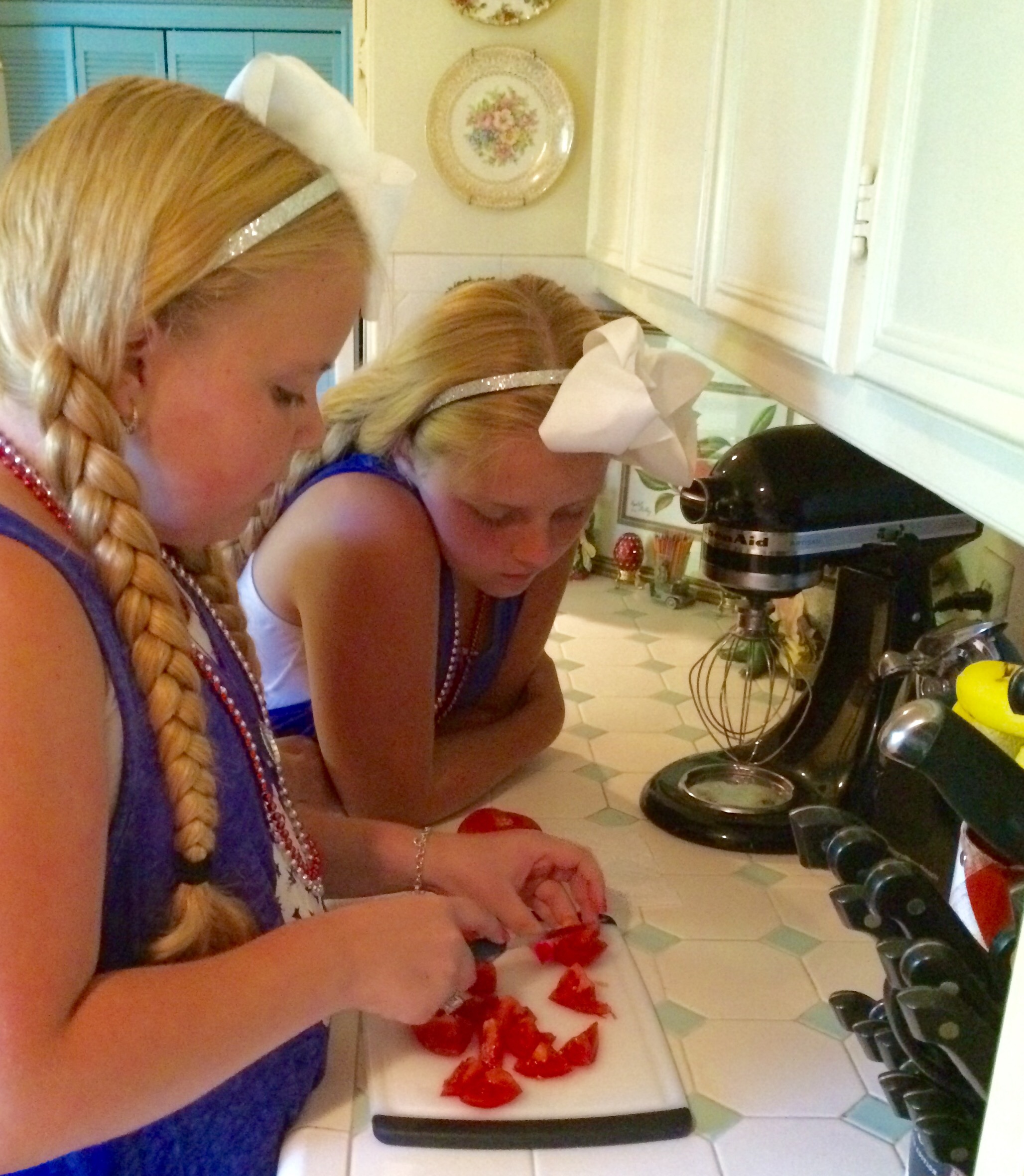 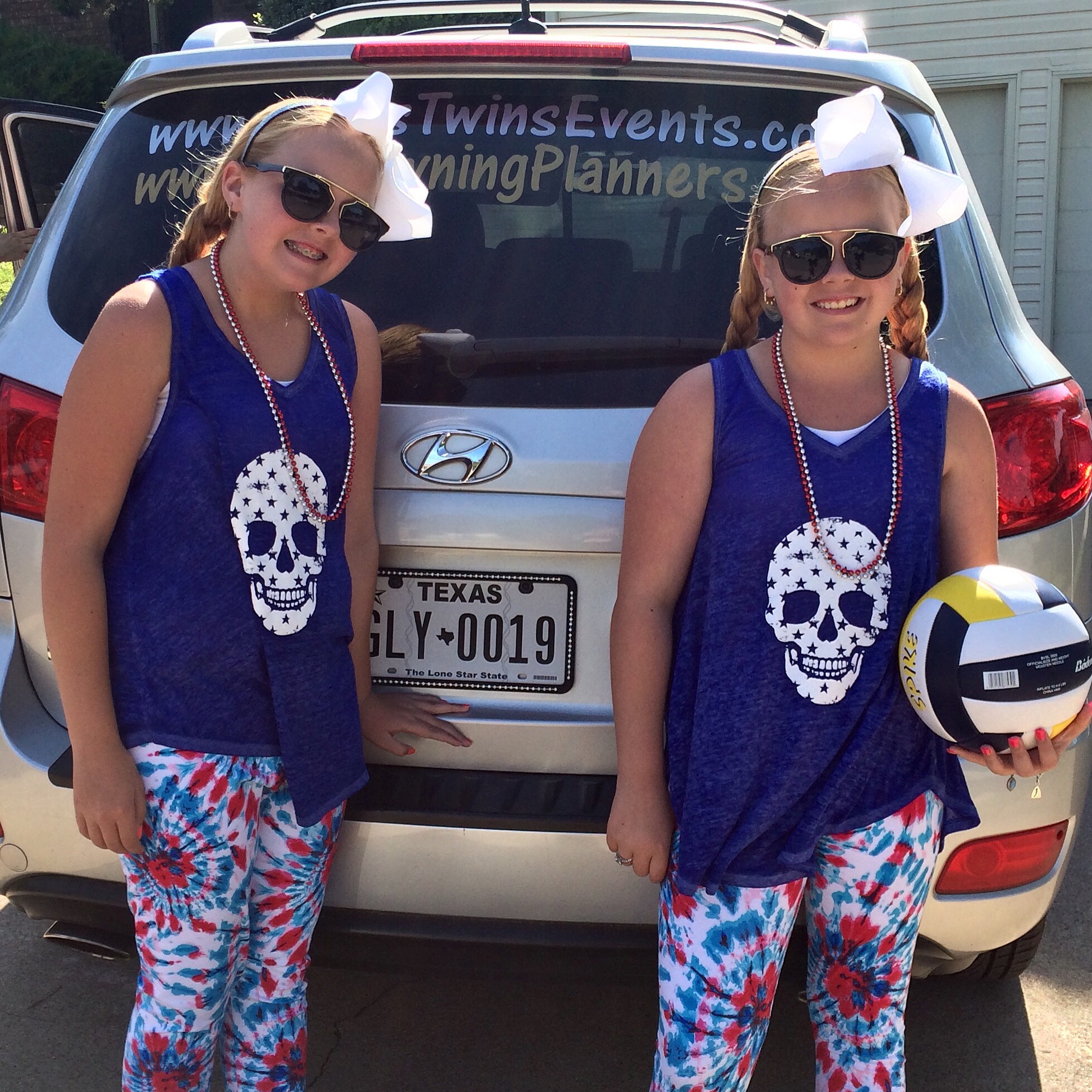 Experiencing what we have- we understand how difficult it is for people to afford something simple like a wedding ceremony or even a funeral ceremony.  Expanding our brand required funding from other sources so we started doing estate sales and Liquidations to bring in more income.

What we do involves hard work and we aren’t afraid of working we’ve been “hustling” our entire lives after leaving home at 15.  We are accustomed to hard work and so are our children and grandchildren because they joined our journey and became part of the Texas Twins Events Team.

When I say you have to be poor to understand the hurdles of low income families, I really mean it.  Walking a mile in someone else’s shoes isn’t easy especially when you haven’t. You can say “oh, I understand” but the truth is you can’t unless you’ve struggled yourself.

I “stepped up to the plate” to help hundreds of families because I was willing to help the folks no one else would with my reason being that I’ve been there myself.

When rich folks try to take advantage of me and my team- I get lit about it.  The handful of times that I’ve been suckered and “stiffed” it was from folks who could afford a venue, caterers and everything else with broken promises of paying us “after the event.”  Sometimes, buyers are liars!

The folks with no money were willing to share what little they had and best of all- they appreciated us and we’re humbled by our help me with their Dream Event through No Money? No Problem! We Take Trades- The Pawning Planners!

Low cost options were started at my original business Texas Twins Events- Low Cost Event Services & Religious Ceremonies.  Realizing that many families had no money, I blended Texas Twins Treasures (my Ebay store that I opened in 2009 when I was selling everything we owned to generate income) with Texas Twins Events to create a unique window for families with no money and called it The Pawning Planners. Replacing the home furnishing I had sold taught me that I can do anything and gave me the “know how” to refurbish trades taken in from Pawning Planners clients.

As you can see, our path has never been easy which is why we love having an opportunity to meet strangers who need and appreciate our help.  I’m documenting my adventure spent with my family by giving anyone regardless of their income, an opportunity for a Dream Event in a book From Texas Twins Events To Texas Twins Treasures & The Pawning Planners- Travels Of The Texas Twins Is My Autobiography Of The Joys And Sorrows My Family Faced As A Team.