This latest new trend app has everyone running everywhere to find Pokemon at various locations.  But law enforcement officers warn that the GPS in the game allows others to know where you are and therefore creates safety concerns.

Yesterday while Skyping with my twin sister, Cindy Daniel, we were asked our opinions about the hottest topics being discussed on world news today. However, our GrandTwins and older children love this game and play it daily.  Are we concerned about their safety? You bet.

Let’s dive deeper to better understand this new phenomenon…  Several robberies have been directly aimed at people playing the game.

Is it a coincidence that a college baseball player from California was gunned down while playing Pokemon go near Fishermans Wharf?

It is a fact that armed robbers targeted Pokemon Go players in Missouri, Maryland and other states.

The police in Missouri reported that robbers targeted their victims directly through the game app.

If you ask how this is happening- the police suspect that you can add a beacon to a Poke Stop to lure other players to a specific destination.  You need to really pay attention to your surroundings!

From stealing phones to carjacking and even death, Pokemon Go players have been victims of those using the game to target unsuspecting players.

So, what is my opinion as a mother?  Like any other parent, I’m concerned about the safety of our children and grandchildren by possibly running into a “bad guy or guys” while innocently enjoying the latest new game that has become so popular.  Will I or my sister ever play this controversial new game? Probably not but our opinion on the game is that is dangerous and can easily put you in the wrong place at the wrong time! 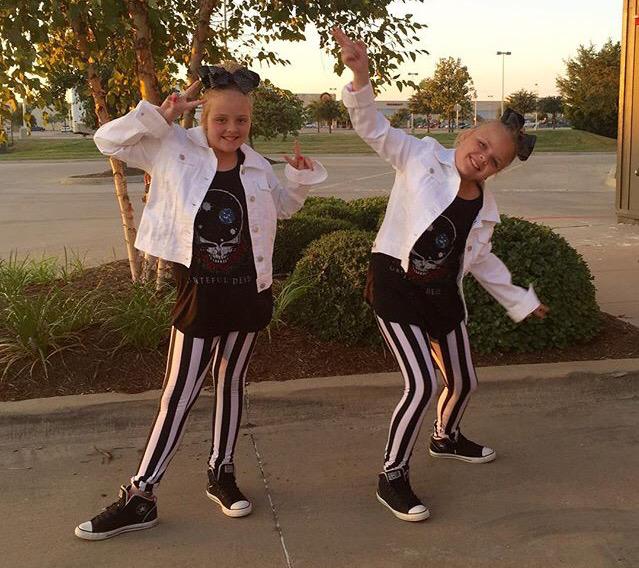 Our Little Pawners & Mini Me Twins- Maryssa & Makenna Mahaney LOVE Pokemon Go But, They Are Always With My Sister Or Me And Never Alone To Be In The Wrong Place At The Wrong Time

Let’s move on to the 20 year old who attempted to scale Trump Tower yesterday, as a parent I wonder why his parents didn’t attempt to stop him from such a dangerous act.  I’m certain that if Donal Trump wasn’t running for president of the United States- this “incident” would have never occured.

Moving on to politics- a subject I rarely discuss because you will lose half your audience based on whoever you are hoping wins!

The 2016 Election had been touted as “the best reality show on television right now” because it actually is a 3 ring circus with new and shocking details of Hillary Clinton released on a daily basis.  I’m from a military family and because of this- my family is outraged that the scandals surrounding her have not been addressed in the same manner that many others have been.

Let’s take Major Jason Brezzler who sent an email a Marine who attempted to prevent the deaths of three young Marines.  Why is Brezzler being treated differently than Hillary?  Is she really “bulletproof” regarding her “mistakes?”  If she is than why didn’t Brezzler get the same “deal?”

While I and many other Americans watch the news that I’m certain is often one-sides while trying to find the truth- it’s not easy to give an educated opinion on what’s really happening in this election.

Although Donald Trump may be unpolished, he has never been a politician and he’s been broke which may give him an insight into the financial crisis that many people (like my husband) faced when Obama was elected.  The real estate industry took a nose dive which left my husband (40 year real estate developer) unemployed for three years like many others in the real estate industry.

Voting for someone because you believe what they are saying to be true can be a mistake- you need to know whether they are lying to get your vote and in my opinion if you have never struggled financially- you have no idea of the reality others have faced to get back on their feet!  Perhaps someone who has found a way to turn around his finances would be a “good thing” forAmerica? Well, we won’t know until we try it.

On gun control- for centuries we have fought to retain the right to bear arms but Hillary and Obama thinking taking our guns is a good idea.  Let me ask you something- if your door is being kicked in and you have no way to defend yourself, you (like everyone else) will be forced to wait on the police while many other unarmed folks are doing the same thing!  Guns don’t kill people- people kill people.  We have had guns for years and years and haven’t shot anyone yet.  Because there are a few bad apples running around and shooting people shouldn’t mean that the entire country loses the ability to defend themselves.

On raising taxes- I watched Hillary proudly proclaim that she will raise taxes on the middle class.  How does that make it fair for struggling middle class Americans to pay the bills and support their families?  The low income class who want free college and free phones would benefit from the money taken out of hardworking families pockets?  How does this make “taxes fair?”

I’ve always been opinionated and even if the folks who wanted to speak to us yesterday don’t agree with my opinions- this is America and I’m entitled to answer a question honestly.

Maybe you don’t believe in gun control or even electing Trump but what you are aware of us the fact that for 8 years your health care has gone up and Obamacare is a disaster.  Hillary will take up right where he left off and can she be trusted?  I don’t believe she can.

So, let’s ask ourselves- did my twin and I say what they wanted to hear? Who knows but we answered honestly and to the best of our knowledge what we believe is going on in the world today and why we are concerned about it.

In my lifetime, I have never seen such a “rift” between the blacks, whites, Hispanic and even Asian cultures.  We live in dangerous times and the Black Lives Matter movement continues to bring death and destruction.  Why not bring in the National Guard and shut these riots down?  Closing our freeways and scaring our citizens isn’t the right way to get your point across.  Shading the criminal backgrounds of some of those who have been shot to make them appear victims isn’t right either.  Dig deeper prior to making an opinion and understand that the media knows you have a “hot button.”  I haven’t seen a peaceful rally in years but I have seen the group’s of maniacs breaking into stores and stealing, destroying property and attacking innocent people.  Like you I’ve been shocked and frightened regarding the shape of things to come.

My sister and I were living in California when the Watts Riots “tore up the town.”  We remember being afraid to leave home and we remember the violence.  If you’ve never been afraid to leave your home, it’s difficult to understand the fear.  Having a way to protect yourself is essential and, if only the bad guys have guns- what percentage of the good guys are going to survive?

Just a few thoughts to ponder for ya all.  We don’t have to agree on everything but I help families with no money everyday and, I don’t have any competition.  Do you know why?  Because I’m trying to be the person I’ve never met and my journey continues into the 7th year for families that no one else would have wanted to help.