Centuries ago daughters were thought of as their father’s property and giving them away at the marriage ceremony was a moment when ownership was transferred to the groom.  The father would walk into the church with his daughter and give her away at the altar.  Nowadays, it’s simply a wedding tradition and the bride chooses who walks her and how the transfer happens. Today there are no requirements set in stone as to how the bride arrives at the altar.  Grandparents, Godparents, Children and even family pets have presented a Bride at weddings I’ve officiated.

Presenting the bride occurs before the actual wedding ceremony.  The form of wording is usually discussed at the wedding and for photography reasons, I suggest a kiss on the cheek or forehead after the exchange.  Practicing the exchange at the wedding rehearsal is key to a smooth transition and everyone being comfortable during the actual wedding.

Catholics believe that the man and woman give themselves to each other during a wedding.  The reason why the question “who gives this woman to this man?” Isn’t spoken at a Catholic Wedding is because the freedom of both parties to choose is so important that any suggestion that there is a lack of freedom by the bride to enter into marriage could call into question the validity of the marriage.  Catholic wedding celebrants (officiants or ministers), parents, and couples are often strongly urged to refuse to include this ritual in their wedding ceremonies on the basis of religious principle.

Walking down the aisle with their father can be a powerful, emotionally resonant way to honor the relationship.

Fiercely independent brides have walked themselves down the aisle while creative brides have had a friend or relative stand in for an absent parent or chosen another relative to walk in their place while others have skipped this tradition entirely. 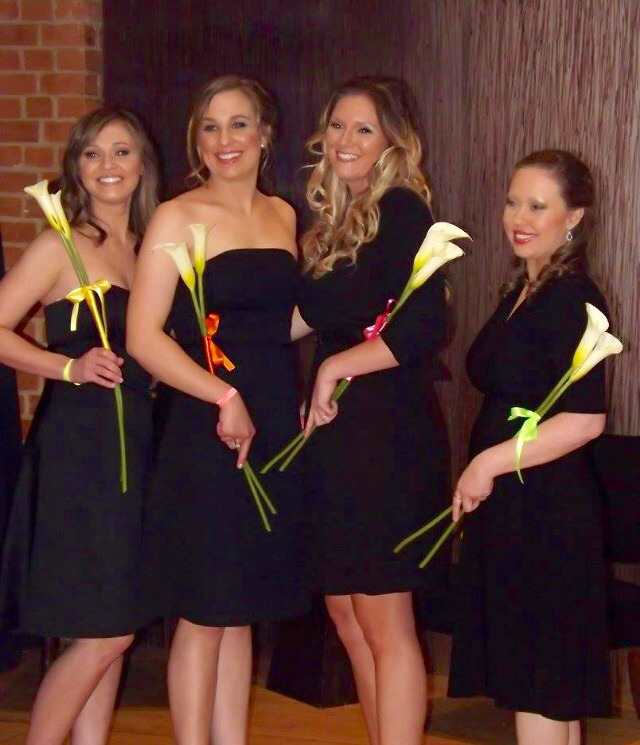 Honoring the parents can always be worked into a ceremony and today I’m going to give you an example of how to do that:  “We are gathered here, not only to witness the beginning of what will be, but also what already is! As we celebrate ____ and ____ with their friends and families the wonderful joyous occurence that has taken place in their lives.  On their behalf, I welcome and thank you all for being part of this day.  To the families of ____ and _____, their marriage joins not only the two of them, but their families as well.  They want to acknowledge their parents ___ and ____ and ask them to stand.   ___ and ____ offer their gratitude to you for all the love and care the showed in raising them.  The unconditional gifts of love and support that you have continually offere have inspired them to become who they are today, and they thank you for guiding them to this celebration of their love.  Without you,  this day would not be possible.  With this in mind, I ask (parents), as representatives of (bride) family: will you take this man (groom) into your family and into your hearts?  (Mother and Father respond We Will) and I ask (grooms parents), as representatives of (grooms name) will you take this woman into your family and into your hearts? (Mother and Father respond We Will). I then respond (as an officiant, celebrant and minister) “May the blessing of their marriage extend throughout your families forever. Amen.”

Often, giving away the bride is one of the most emotional parts of the ceremony and can be an important part of the wedding.

Whoever gives you away is honored for being a part of your life and although this aspect of wedding rituals may seem dated- it means a lot to whoever is presenting you.