Texas Twins Events/Pawning Planners have been actively involved in PRIDE celebrations for years and we often travel to Dallas to support our “Sister City” too. 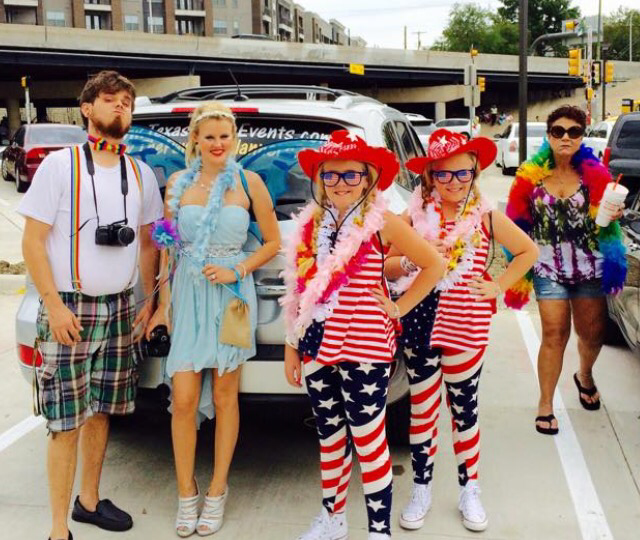 A lot of folks don’t understand why Fort Worth cannot get the same turnout for parade events as Dallas does and there are perhaps far more restrictions in Fort Worth due to the nudity clauses as well as throwing anything from a float or parade entry for safety reasons. 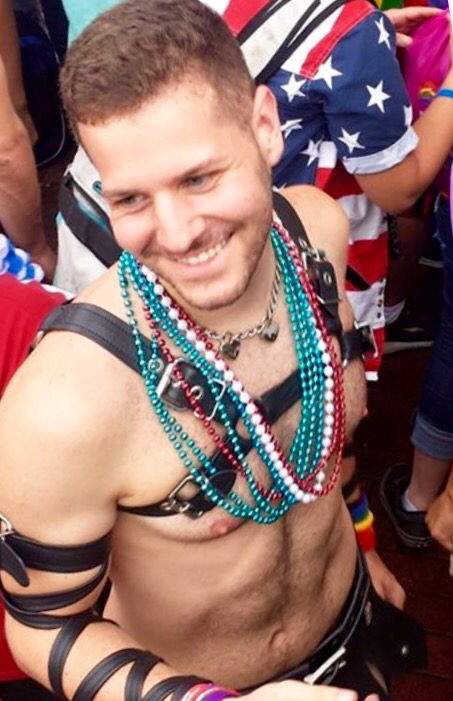 Three years ago, I sponsored a group unification event on the courthouse steps in Fort Worth prior to the Pride 365.0 Parade that included a certificate and a large wedding cake with champagne.  It had been assumed that the cake would be sponsored by a local bakery who “backed out” upon realizing that it was a “gay event.”  I personally shouldered the expense myself after promising to have a cake at the event.  Wendy Wortham & Cindy Daniel Fort Worth Pride Event you see, I keep my promises and while Fort Worth may not have the corporate sponsors that Dallas does, we pull together and make every attempt at a family friendly celebration. 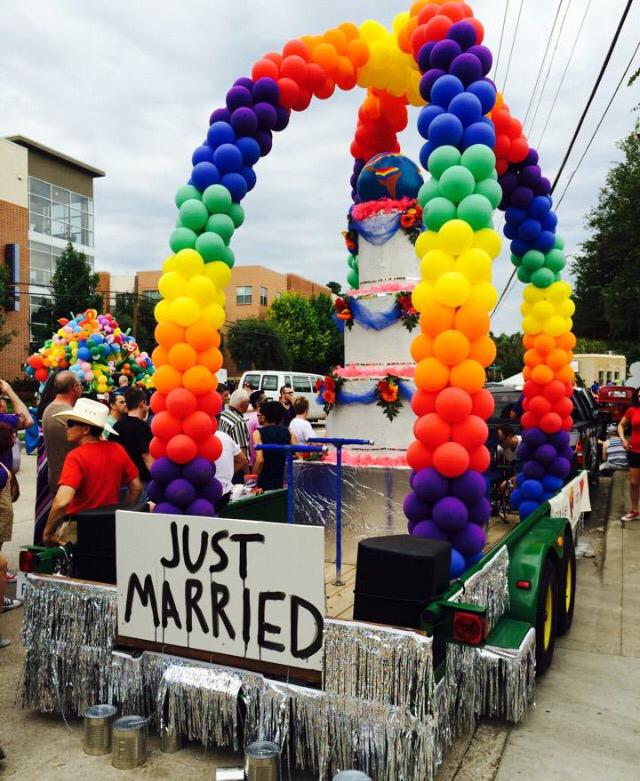 Who would have ever guessed that years after my Group Unification Event on the courthouse steps that “Love would win?”  This year, a change of equality has touched the lives of many of my friends within the LBGTQ community that affords them the same privileges of other couples and finally- acceptance! 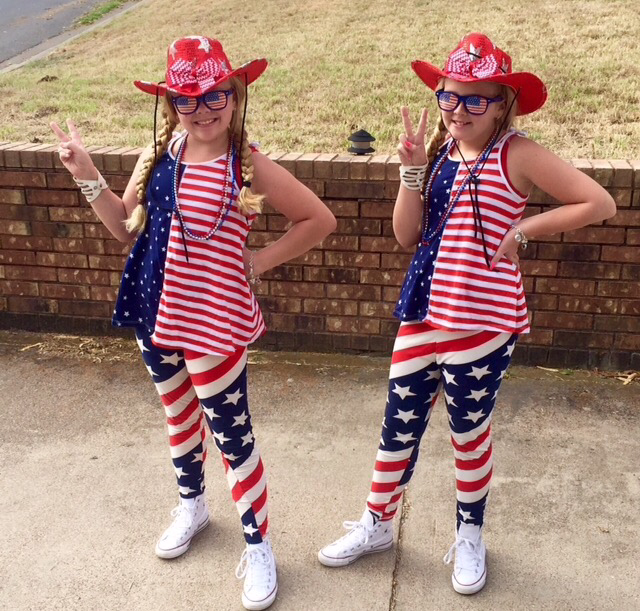 The nudity exhibited in Dallas with everything from thongs to pasties was not exactly “family friendly” but, in Dallas the Pride Events have always been a bit more “unfiltered” than Fort Worth.  In 2013, the Dallas Voice published a story about parade organizers and police enforcing a “no nudity” dress code for Dallas Pride Parade.  Outraged, the traditionalists of “anything goes” Pride Events fought back and, apparently won based on my views of boobs, butt cracks and bold dressers at the parade yesterday in Dallas.  Part of the fun of Gay Parade’s and celebrations has always been the “no holds barred” atmosphere of fun and flair of the participants.  Over my lifetime, I’ve attended many parades but they all pale in comparison to a Pride Event! 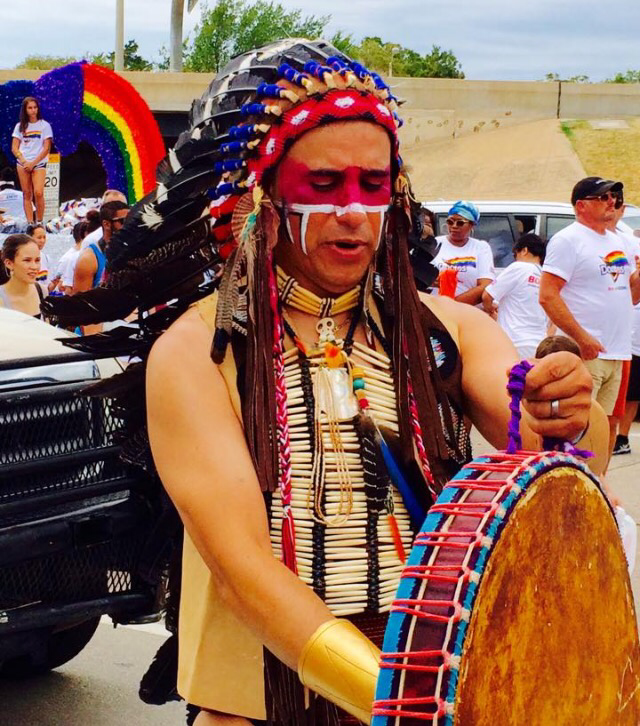 From the costumes to the people themselves, if you’ve never attended a Pride Event, you should because the people and the joy evident are as close to a Mardi Gras celebration as Texas may ever get. Fort Worth is excited to have PFLAG representing the Grand Marshall’s of this years Fort Worth Celebration.  If you’re wondering if participants in the Fort Worth Parade on October 3 will be forced to wear corsets and petticoats- don’t be as parade applications clearly outline “forbidden nudity.”  LBGT folks range from families to to butt gyrating club dancers and drag divas to finger wagging Republicans but, there does exist the need for a common set of rules by which all people can reasonably participate.  Do I feel that if Fort Worth “lightened up” we might have a greater turnout and far more sponsors?  Yes, I do because I’m well aware that many Fort Worth Folks go to the Dallas Parade while very few Dallas folks attend Fort Worth Events. 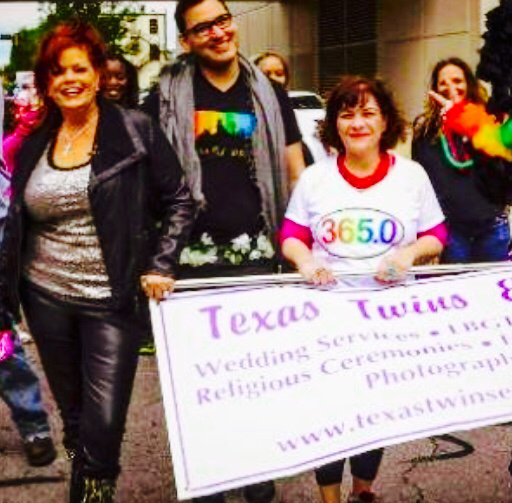 You see, when the Fort Worth Parade moved from the bar district to downtown, some of the “spark” of the celebration was lost with all the rules associated by Fort Worth and the politics involved.  Dallas had no such “hurdles” or rules to overcome and abide by which may be why thousands more parade attendees go to Dallas and Fort Worth continues to fight for a good turnout.

Last year had the highest numbers for attendance in the Tarrant County Pride Parade history.  I’m hoping that this year we can exceed those numbers and have our friends from Dallas make the trip to Fort Worth where we may not be as scantily dressed but, we are happy to have you here and welcome diversity!